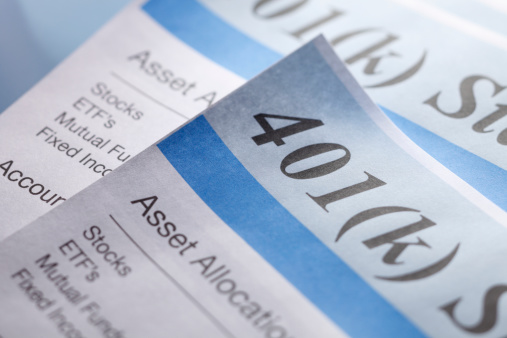 Many people have noticed nowadays that they have lost 40-60% of their retirement money in their 401(k). Yet, when they ask financial planners, they are told to keep investing in their 401(k) because the market will go back up again as the current recession is only a temporary setback. Once they retire, they will be able to withdraw the money at a lower tax rate. By listening to this blatant lie, you are stepping into a plan that will actually rob you off your wealth as opposed to give you security for your retirement.

What many people do not consider is the background of their financial planner they are asking the questions to. Financial advisors are usually paid by several mutual fund companies and therefore whatever they advise you may not be 100% objective. Additionally, many of them never really study the economy at all. What they do know is the skill to make the companies gain profit, so advice to you may not really be for your best interest but the company’s. So what exactly will happen to the economy in the near (let alone farther) future, they would not have any clue.

Americans are told that by investing in stocks through 401(k) is a smart move in the long run. The problem is that the stock market is not really the best and ideal place for long-term investment. Billions of dollars can be withdrawn from the stock market any time within seconds. If you are in for the long-term, you run the risk of losing your money within seconds too.

Also, consider the last depression that the world was in around 1930. The stock market then was at their 381 highest level before it crashed. It took them 25 years to reach the same level again. The highest level that the Dow Jones hit was around 14,000. Imagine how long that is going to take to hit that same high again! The financial advisor may have told the truth that the recession is only temporarily, but it doesn’t look like it is going to get any better in the next 3-5 years or so.

Back in the 1930′s greatest depression, the US dollar was still backed by gold. Since Nixon took the US dollar off from the gold standard, the feds have been printing money out of nothing, backed by nothing. This will cause a hyperinflation (inflation that is out of control). The dollar will decrease in value. Even if you had US$1 million in your 401(k), at that time it would mean nothing as the value of your $1 million will have decreased to only very little.

1. you lose money as the stock market is not going to go up anytime soon,
2. the hyperinflation will rob you of your wealth as your 401(k) money will have way less value by the time you withdraw,
3. you will not receive any tax break for your retirement money

In the end your retirement plan simply looks like a plan to make you poor when you retire.